Yesterday, immediately after taking Wally home and writing the first blog entry in this series, I did a few simple things on the bike:

Last night, I looked on Google Images to see what other people have done with their Olympians. Here are just a few examples... 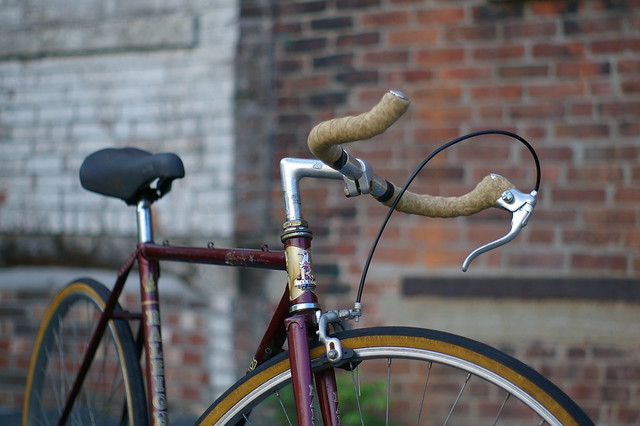 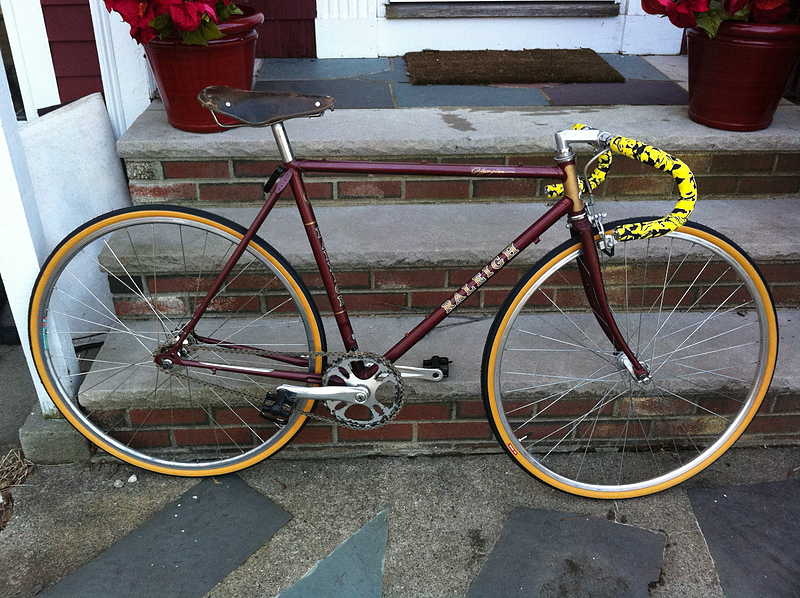 The most common modification done on this model bikes is to convert them to fixed gear or single speed machines, and some people have done excellent jobs at it. There are also a few people who have kept their Olympians in immaculate shape. But I haven't found anyone yet who have installed integrated shifters on theirs, so I may be in the minority when I attempt this myself. This is what I bought today online:

None of these things cost much; I'll tally up all the costs later. Shipping will take about two weeks, as some of the components are being shipped from China and Taiwan during Christmas season. The eBay seller for the crankset is out of the country right now, so that'll even take longer. Thankfully the crankset is the least of my concerns. I've also contacted a seller of Tektro brakes on eBay. Tektro has a version that is specifically designed for older bikes like mine, and I wanted to know if the brakes will fit properly. I won't make a purchase yet until I receive a response.

When I decided on buying Tourney components, I briefly searched online to see what people think of them. The results were all over the place. Some called them "crap" and "garbage" while others praised their low cost, durability and serviceability of the components. I am quite realistic: I've been riding on higher-end Shimano components (mainly 105 and Ultegra) for years and I know for certain that Tourney doesn't come close in quality. But I also know that Shimano has made vast improvements to this level of "groupset" to make it more accessible to the entry-level road bike market. Their newest Tourney iteration, the "A070", even has an integrated shifter that uses the same lever set up as the last generation Sora shifters. (Sora and Claris have both since been updated with the same set up as the more expensive groupsets.) The Tourney components have always been known to be "bomb proof" for their durability, and I expect the same from the parts that I'm buying today. The Raleigh will run for another 20 years, and this is a sure way to make sure it's the case.

For now, I'm in a waiting mode. Once the parts arrive, I'll have my task list ready as well.